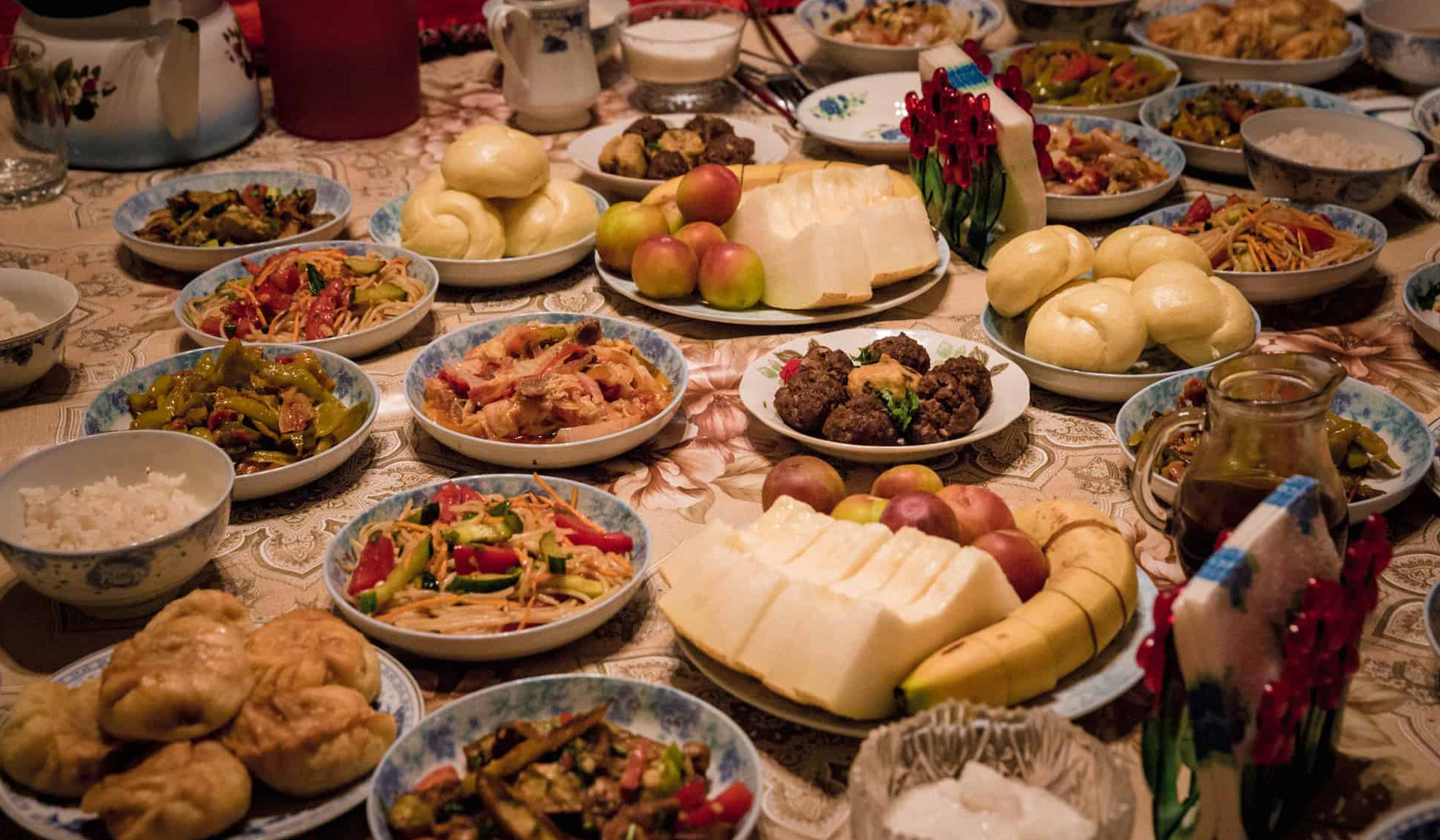 Like traditional Kyrgyz cuisine, it is dominated by meat and dairy products with their natural look and taste and high calorie and nutritional value. She mainly uses mutton, beef and horse meat. Probably the most famous dish of the Kyrgyz people is Beshbarmak (Five Fingers). It consists of the boiled meat of a young sheep mixed with homemade pasta and some broth. Chuchuk a sausage-like type with a shell. Another specialty is Kyrgyz meat, which is made from boiled horse meat.

Kyrgyz traditional dairy products include kaimak (cream), sary mai (melted butter), airan (sour yogurt), byshtak (cottage cheese made from boiled milk), and kurut (small pressed dry salty cheese made from sour yogurt). Only boiled milk is used in the manufacture of all of these products. Another dairy product that deserves special attention is kumys (or kymyz) – fermented mare’s milk available only in summer. Kyrgyz people drink kumys not only for its refreshing properly, but also for its healing factors. Cereals are mainly used to make bread and nutritious, refreshing and stimulating drinks such as Maksym and Bozo.

Modern cuisine in Kyrgyzstan owes its richness to the culinary cultures of the peoples with whom Kyrgyz culture came into contact.